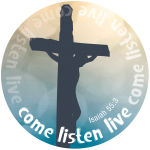 The rules for transacting business at Convention of Synod are listed below. The rules are from the sections of the LCA Constitution and By-laws that deal with General Synod.

Who are the delegates?

How is the quorum determined?

A majority of the maximum number of people entitled to vote forms a quorum.

Who may speak at Convention?

Who can submit matters for discussion at Convention?

7.3.1         The business of a convention of the General Synod shall be chaired by the bishop, or at the Bishop’s request, the Assistant Bishop. If they are unable to act, the convention shall elect its own Chairperson.

7.3.3         In addition to the voting members and the consultants, the right to speak may be exercised by recognised official visitors, by any additional members of the teaching staff of Australian Lutheran College present, and, when the reports of a board are before the convention, by any member of the respective board. Any other member of the Church present who desires to speak may do so at the discretion of the Chairperson.

7.3.4         Persons entitled to speak and desiring to exercise such right shall ask for the floor by raising their hand or otherwise indicating to the Chairperson their desire to speak, and when called upon to speak they shall stand and address themselves to the chair. No interruption to speech shall be permitted, except upon a question of order.

7.3.5         All proposals on the agenda shall be placed before the convention for discussion and decision, unless withdrawn.

7.3.6         All reports published in the official book of reports or in supplements thereto shall be regarded as received by the convention by virtue of that fact.

7.3.7         A motion or amendment, including any proposal stemming from the reports of councils or boards or submitted by a Sessional Committee, may be discussed and voted on only after it has been moved and seconded by a delegate.

7.3.8         At the request of the mover and seconder, and with the consent of the convention, a motion or an amendment may be withdrawn.

7.3.12      Proposers of amendments and of any motions not previously printed shall submit them to the Chairperson in writing either in advance, whenever possible, or when requested to do so by the Chairperson.

7.3.13      Those taking part in a debate shall be limited to one [1] speech on a motion or amendment, except to clear up misunderstanding or in exercising the right of reply, or except the meeting grant permission.

7.3.14      A right of reply is only allowed to the mover of the original motion. It concludes the debate unless there are one or more amendments, in which case it may be exercised at the conclusion of the debate on the first amendment.

7.3.15      Seconded amendments are new questions and persons who have spoken to the motion shall be permitted to speak again.

7.3.16      The mover of any motion shall be permitted to speak for five [5] minutes, and three [3] minutes shall be the limit for all other speakers unless a resolution granting extension of time be granted by the convention.

7.3.17      The Chairperson shall give ample opportunity for speakers for and against a motion or an amendment to be heard. If there are no speakers against it shall be put without right of reply.

7.3.18      As a general rule motions and amendments shall be read before a vote is taken, and the Chairperson shall if necessary briefly explain their meaning.

7.3.19      No motion may be brought forward which is the same in substance as a matter which has already been resolved by the convention unless a motion calling for a reconsideration of the matter previously decided is moved and seconded by persons who voted with the majority when the matter was originally put. If the motion to reconsider is carried the previous vote is thereby cancelled, and the original motion is again before the convention in the form in which it was put to the vote. A matter may be reconsidered only once at the same convention.

7.3.20      A motion shall be decided by a show of hands unless a ballot is required by the Chairperson or demanded by a delegate and granted by resolution of the convention. In the event of a disagreement as to the result of the vote, a recount or second vote may be demanded.

7.3.21      If in the opinion of any delegate an irregularity of procedure occurs the delegate may immediately without asking permission from the chair rise to a `point of order’ and shall be heard forthwith. The delegate shall explain the point of order clearly and briefly without introducing new matter. The Chairperson shall decide either to uphold or disallow the point raised, and it shall not be debated unless an appeal be made against the ruling of the Chairperson.

7.3.23      The Chairperson may call attention to continued irrelevance or tedious repetition on the part of a speaker, and may direct the speaker to cease speaking.

7.3.24      If disorder should arise the Chairperson may announce an adjournment of the convention and leave the chair, and by that action the convention is immediately adjourned for a period that shall not exceed one-half hour.

7.3.25      The Chairperson may speak briefly for the purpose of giving some desired or necessary information. If, however, the Chairperson wishes to take an active part in a debate, an Assistant Bishop or some other appointed person shall take the chair.

7.3.26.2         Unless otherwise stipulated a majority of those delegates voting shall decide the motion, and in the event of an equality of votes the Chairperson shall in addition to a deliberative vote have a casting vote, or refer the motion for further discussion.

7.3.27.1         A motion may be superseded for that particular convention by the acceptance of either of the following motions:

‘That the debate be adjourned’;

‘That Synod proceed to the next business’.

‘That the question lie on the table’.

There can be a subsequent motion either at the same or a later convention to take the motion from the table.

7.3.27.4         Debate on a motion or an amendment may be closed by the motion `That the motion be now put’. If in the opinion of the Chairperson the motion has not been sufficiently discussed, such motion may be refused.

7.3.28
7.3.28.1         Matters of conscience and of doctrine shall have precedence over other matters and any rules relating to time limits and number of times a person may speak may be suspended by the ruling of the Chairperson or by a majority of those delegates voting.

7.3.28.3         For a resolution on a matter of doctrine to be deemed to be the official position of the Church it shall require a two-thirds majority of all the registered delegates at the convention.

7.3.29      Any of the By-laws in Section 7.3 may, if the need arises, be suspended in respect to any business of the convention, by a two-thirds majority of those delegates present.

7.3.31      All proceedings shall be entered into a minute book, with the exception of unseconded motions or amendments.

7.3.32      The Church shall not be bound by any statements or plans contained in a report, but only by specific resolutions on matters arising from such report and carried by the General Synod.

7.3.33      In the event that a Convention of the General Synod is held using electronic means in place of meeting in person, these procedures may be amended to suit that environment.